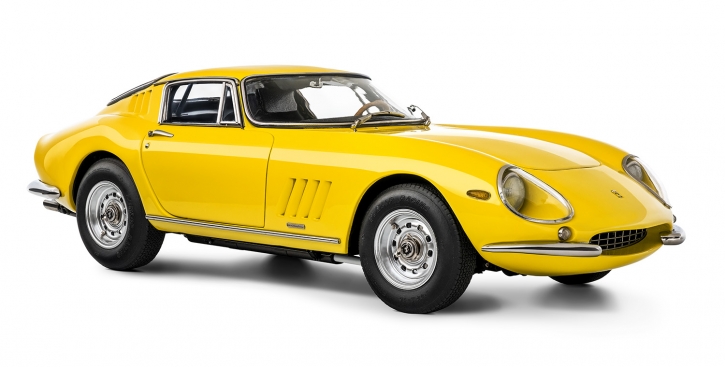 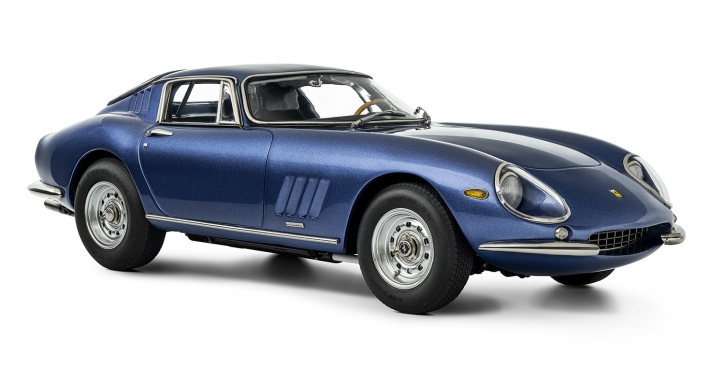 Back in 1966, Ferrari launched a new competition version of the 275 GTB and designated this series as 275 GTB/C. Twelve 275 GTB/C cars were built by the racing department of Ferrari at Maranello, and eight of them, including Chassis 09051, featured a left-hand drive configuration.

Technical data of the CMC model:
Model car details:
Description of the original vehicle: On April 22, 1966, Ferrari sent the bare chassis of 09063 to Scaglietti for its lightweight aluminum bodywork. Finished in an attractive rosso rubino (ruby red) livery, this GTB/C was the eighth example of the model produced. It was sold new to famed Mexican racing driver Pedro Rodríguez via Luigi Chinetti Motors Inc.

Rodríguez debuted his new 275 GTB/C at Nassau on December 2, 1966. Entered in the combined Tourist Trophy and Governor’s Trophy, the car raced with start number 4 and succeeded in capturing a 1st-in-class and 7th-overall finish in a race that pitted the GTB/C against the newest models from Chaparral, McLaren, and Porsche. In the hands of subsequent owners, Chassis 09063 remained competitive well into the 1970s.

Starting from May 2002, this beautifully-presented 275 GTB/C earned a string of awards at ralliesand displays, including First in Class, Finest Competition Ferrari, and Best of Show honors. Chassis 09063 is among the most sought-after Ferrari GT cars. Not only is 09063 a rare and significant competition Ferrari, it also possesses an impressive racing history associated with the legendary Pedro Rodríguez. In 2018, it was estimated to be worth 12-14 million by Gooding & Company. 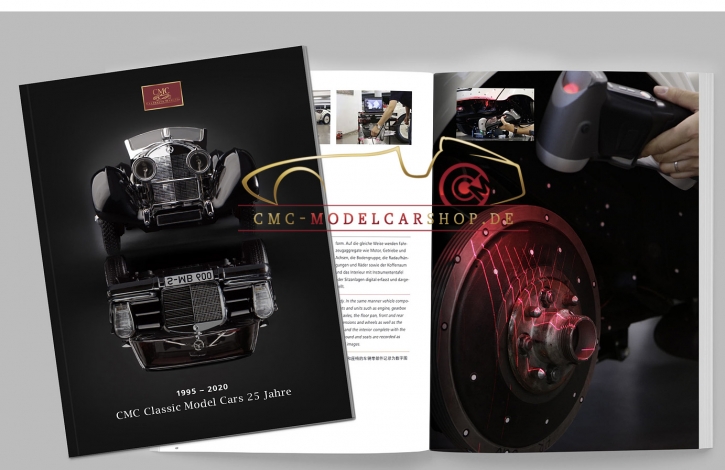 25 years of CMC – the whole story in one book