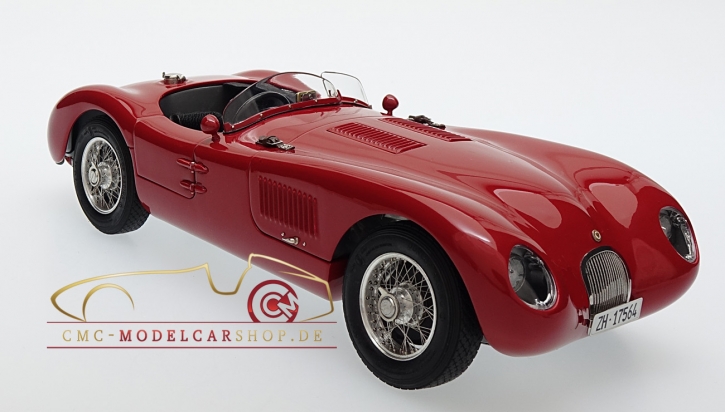 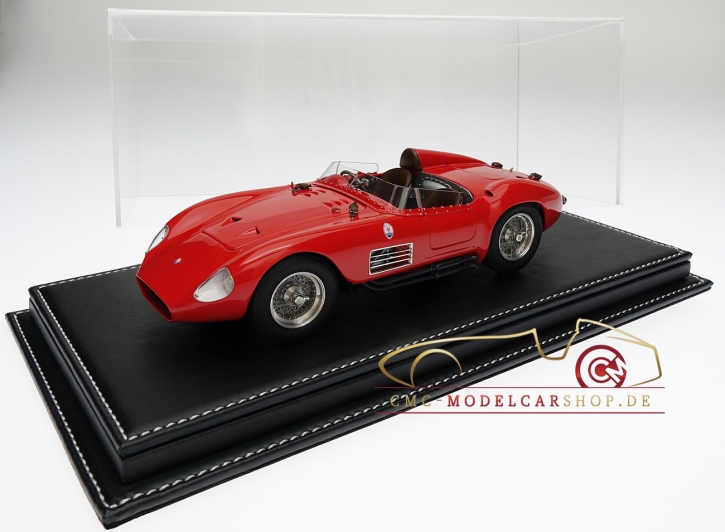 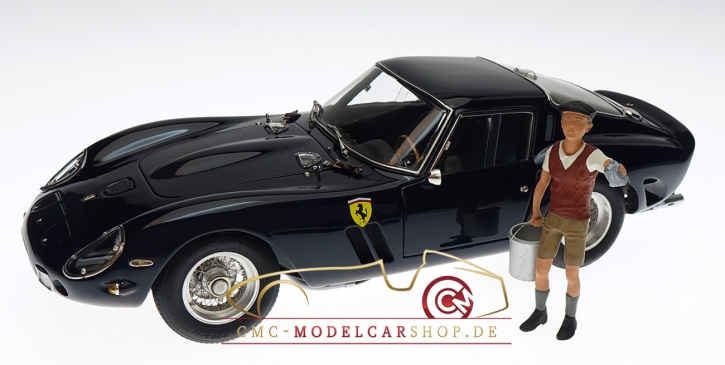 Technical data of the CMC model car:
Model car details:
Description of the original vehicle: By the end of the 50s, Porsche had started the development of a successor to the Type 356. The goal was to create a sports car that was superior in all aspects but held on to the typical Porsche design.
Porsche's son Ferdinand Alexander (also referred to as "Butzi") was responsible for most of the development endeavour, and his idea eventually revailed. As a result, the new Type 901 was born. This elegant sports coupé was bigger than the Type 356. The window was extended to allow for much wider circumfereential visibility, as well.
The interior was modified to cater to the taste of the 60s. Beside the various benefits of modern engineering, the six-cylinder boxer engine was the most significant feature of this new type. The two-litre engine created an output of 96 kw/130 hp at 6,100 rmp. The air-cooling engine with dry-sump lubrication had a deep-throttling voice that would become typical of all the forthcoming "nine elevens" during the next decades.
On the 12th of September in 1963, Porsche introduced the Type 901 as the successor of the Porsche 356 at the IAA in Frankfurt. Just one year later, with the 901 poised to go into series-production, it was presented to the public eye again at the Parisian Autosalon.
Peugeot intervened, because they owned the copyright for all 3-digit model designations with a "0" in the middle. But before Porsche was able to make the amends, production of the Type 901 had already got off the ground on September 14, 1964, and a total of 82 units were delivered by the factory. All of them carried the type designation "901". Subsequently, the 901 became the 911, a legendary 3-digit designation that still raises the heartbeat of every sports car enthusiast.
CMC presents this "forbearer" of the 911 as an impressive high-end precision model. Discover the richness of details that this model has to offer.

CMC has recreated the original Hans Herrmann’s car down to the smallest detail in...